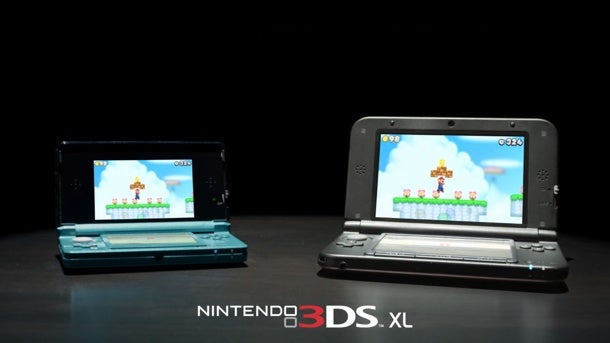 Earlier this year, I sold my PSP because I wasn’t playing it enough [even though I still have some games for it in case I ever decide I want one again, although with the PS Vita out, that window is rapidly closing] and started using my DS Lite more often.

I still have some older games that work on a Game Boy Color, which don’t work on the DS Lite, but I rarely play those on the even older Game Boy Advance. But my collection of DS games has far out surpassed the number of Game Boy Advance games [which do work on the DS Lite], so given that I now play a lot more DS games and they are upward compatible, the 3DS XL is highly attractive when it comes to the US on August 19th.

The biggest disadvantage is the $199 price tag. But if it allows me to play cool new games for the 3DS like LEGO Batman 2, I might have to spend the five Grants for it.

Love this game, but no iPhone version

I have played this game on my PS3, PSP and Nintendo DS Lite. But it’s missing a platform….

I would love to have it on my iPhone, especially since I will be getting the new iPhone 4S in about a month.

C’mon LucasArts, you’ve got to be working on this… right?