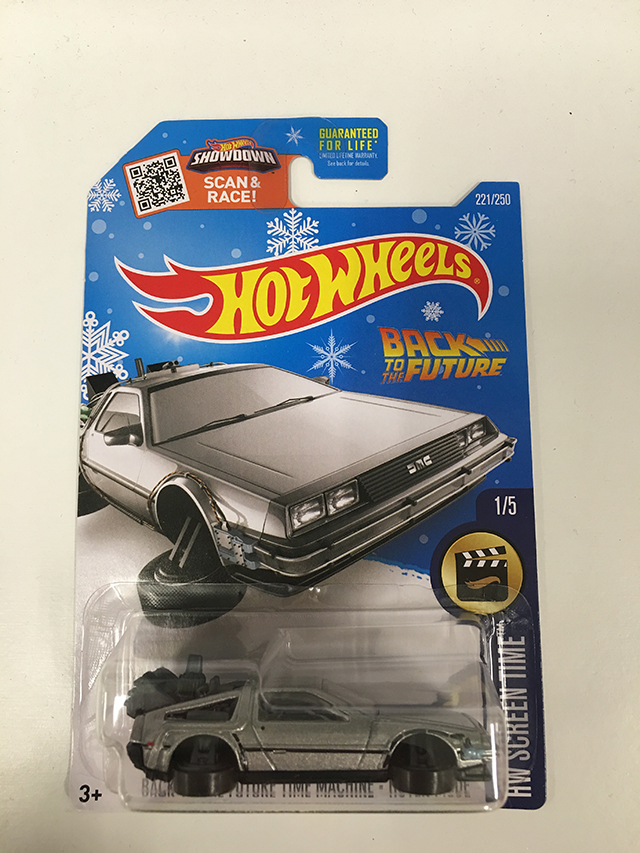 A new model for Back To The Future Part II

Back almost 3 years ago, I posted pics of my Back To The Future Hot Wheels models. This last year, there was a new model released of the DeLorean from the iconic movie series. This time, it’s the hover converted time machine from Part II. 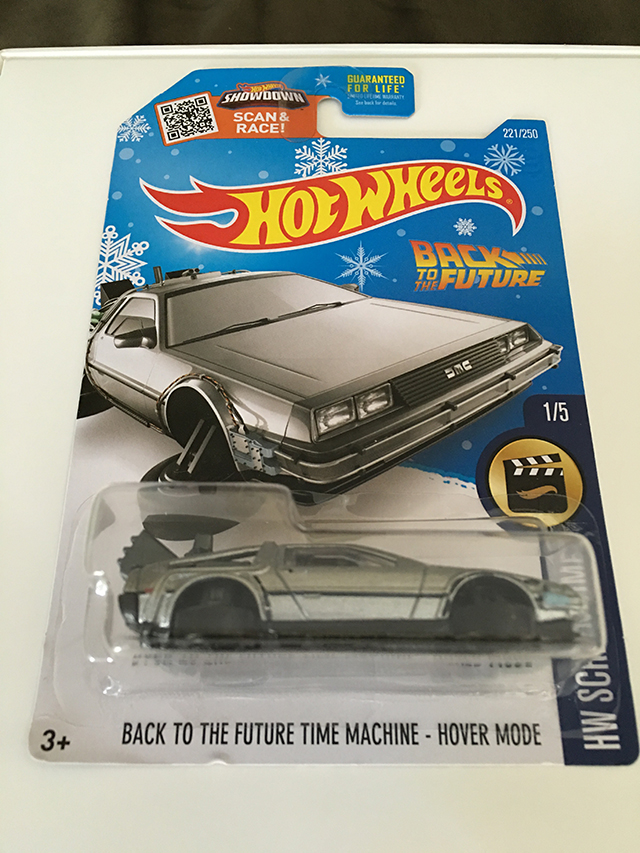 Another shot of the Hover Mode DeLorean in it’s package

I tried to find it for the longest time, even considering paying $15 on Amazon for one. Until late last year, while shopping at Target, I decided to once again, look through all of the Hot Wheels in their toy section. And I found one. For 99 cents. I looked for a second one, but alas, just the one was found. Which means this stays sealed in it’s original packaging. If I do happen to find another one, it will be opened for this fan to display next to my other model from 2013. 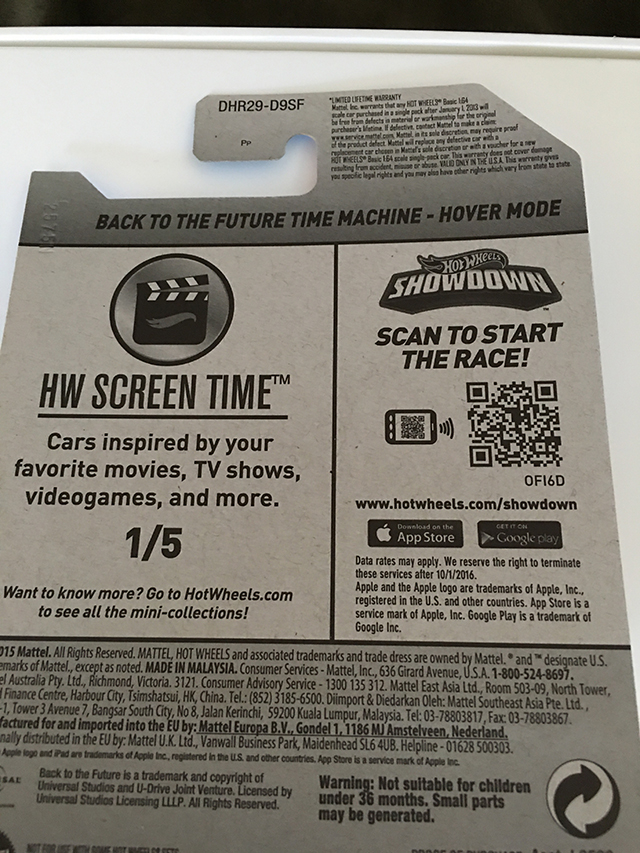 the back of the Hot Wheels pacakge

I hope to keep collecting these over the years, even if I don’t have each and every model released. 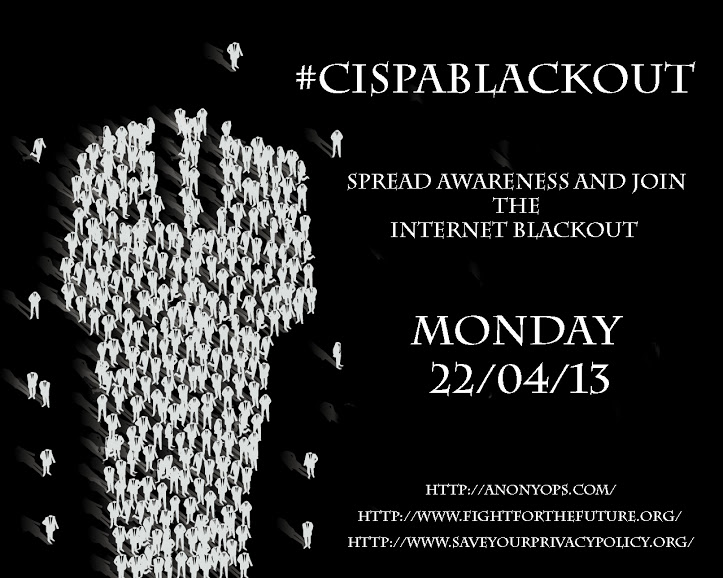 Last month, I posted about CISPA being a bad bill and that it passed in the House of Representatives and is now heading to the senate. That time is now and today we are asking you to call your senators to tell them to vote NO on this privacy destroying bill.

One small amendment to this bill gives employers the right to demand your login details to your social media sites/accounts like Facebook and Twitter, using this information to “know” more about you before they decided to hire you. Not only is this a weak excuse to find out about potential employees, it’s a breach of your privacy.

If the Senate passes this bill, call the White House and tell Mr. Obama he needs to veto it. 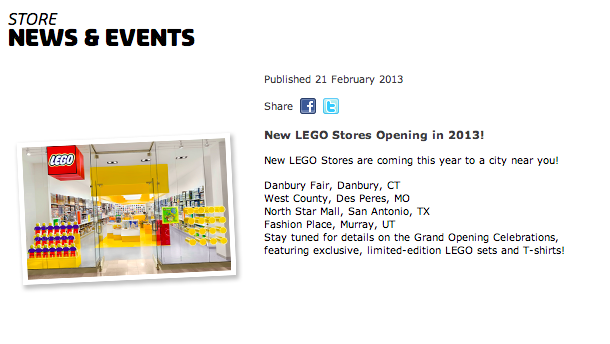 Utah will be getting it’s first LEGO store

Now to wait for the grand opening date and to plan accordingly.

After the Oscar telecast on Sunday night, interviews with the winners happened.

Of note, this was one of the best:

Please don’t date each other. This was cute and fun. Seeing these two together will not be.

Announced on his 66th birthday, The Thin White Duke is back with new music. Check out the very mellow new song [and somewhat odd video] above.

The new album “The Next Day” is available on March 12th. Click here to pre-order on iTunes.

It’s true. Sometime in 2013, there will be an official LEGO Back To The Future set. Complete with Marty and Doc minifigures and a Delorean.